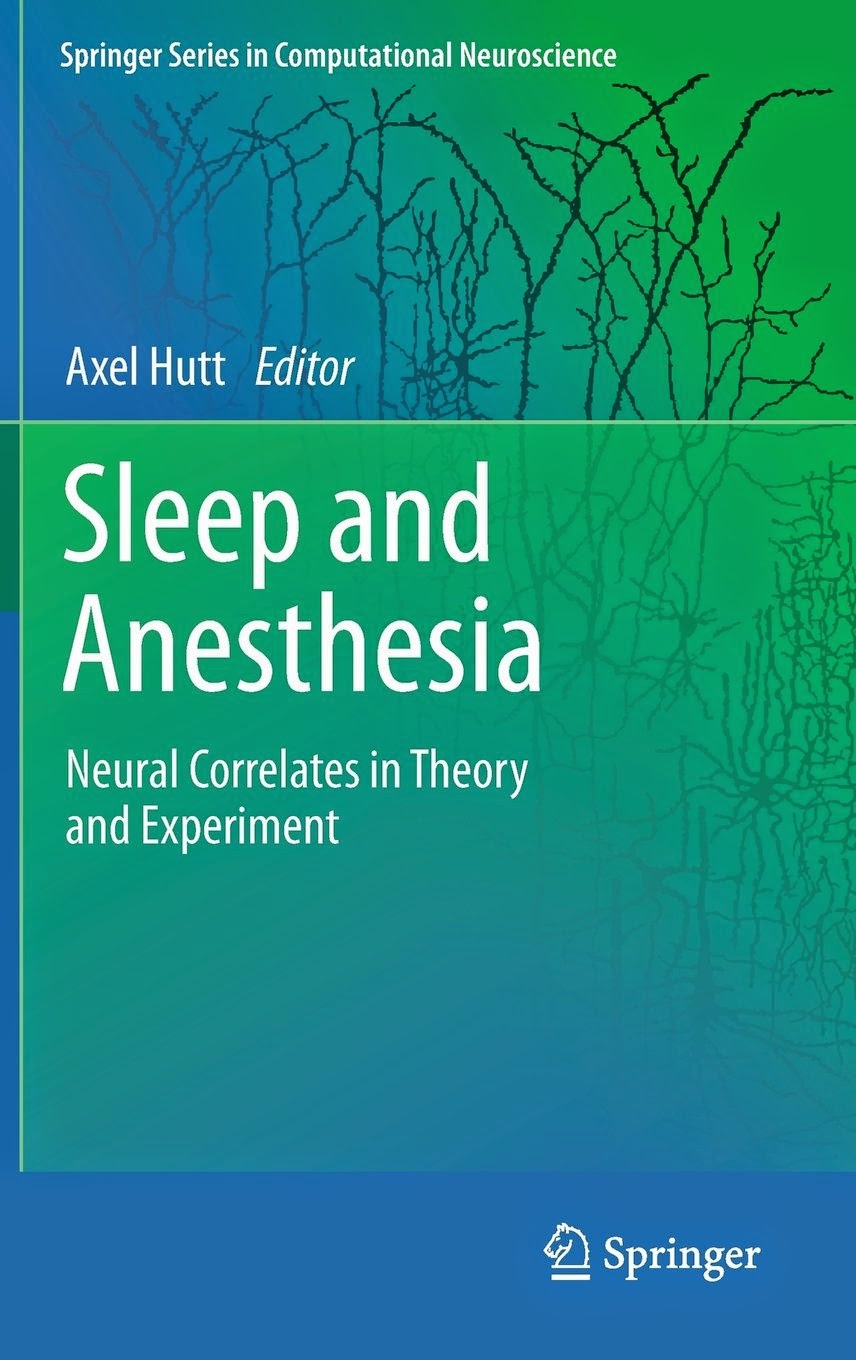 Sleep and anesthesia resemble in many ways at a first glance. The most prominent common feature of course is the loss of consciousness, i.e. the loss of awareness of external stimuli. However a closer look at the loss of consciousness reveals already a difference between sleep and anesthesia: anesthesia is induced by an anesthetic drug whereas we may fall asleep without external cause. Other questions may arise about the difference of the two effects: do we dream during surgery under anesthesia, do we feel pain during sleep? Essentially, we may ask: what is common and what are the differences between sleep and anesthesia? To answer these questions, we may take a look at the neural origin of both effects and the involved physiological pathways. In which way do they resemble? Moreover, we ask what are the detailed features of normal sleep and general anesthesia as applied during surgery and which features exist in both phenomena? If yes in which way?
To receive answers to these questions, it is necessary to consider several experimental techniques that reveal underlying neural mechanisms of sleep and anesthesia. Moreover, theoretical models of neural activity may model both phenomena and comes up with predictions or even theories on the underlying mechanisms. Such models may attack several different description levels, from the microscopic level of single neurons to the macroscopic level of neural populations. Such models may give deeper insight into the phenomena if their assumptions are based on experimental findings and their predictions can be compared to experimental results. This comparison step is essential for valuable theoretical models.
The book is motivated by two successful workshops on anesthesia and sleep organized
during the Computational Neuroscience Conferences in Toronto in 2007 and in Berlin 2009. It aims to cover all the previous aspects with a focus on the link to experimental findings. It elucidates important issues in theoretical models that at the same time reflect some current major research interests. Moreover it considers some diverse issues which are very important to get an overview of the fields. For instance, the book discusses not only neural activity in the brain but also the effects of general anesthesia on the cardio-vascular system and the spinal cord in the context of analgesia. In addition, it considers different experimental techniques on various spatial scales, such as fMRI and EEG-experiments on the macroscopic scale and single neuron and LFP-measurements on the microscopic scale.
In total all book chapters reveal aspects of the neural correlates of sleep and anesthesia motivated by experimental data. This focus on the neural mechanism in the light of experimental data is the common feature of the topics and the chapters. In addition, the book aims to clarify the shared physiological mechanisms of both phenomena, but also reveal their physiological differences.